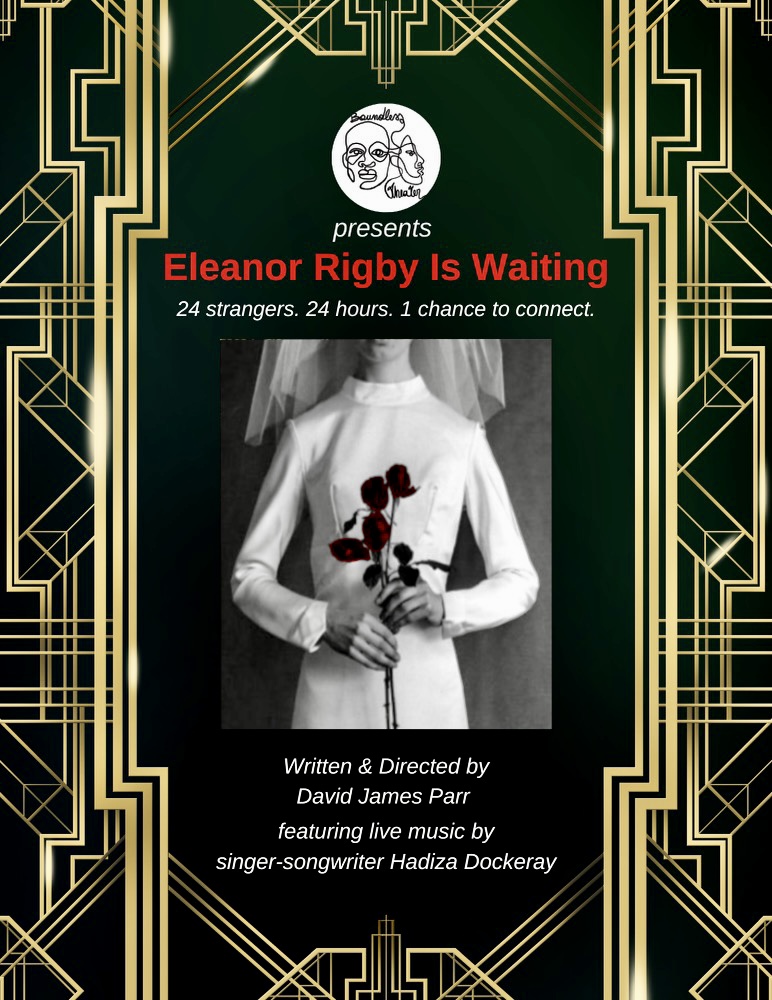 The anthology play by award-winning author David James Parr is a theatrical experience featuring an evocative live music performance by singer-songwriter Hadiza Dockeray and her band. Each night the audience is invited on a unique date with surprising characters. And each night they will have 1 chance to connect with an ever-changing kaleidoscope of different strangers, played by nine versatile powerhouse actors in an interconnected portrait of love, lust, loneliness and connection in our modern world.

Come see your reflection in them… even when they can’t see themselves.

What are you waiting for?

The show launches in April & May 2022 with 4 special Boundless Tuesdays at The Duplex off-Broadway Theatre Cabaret space in Greenwich Village, NYC’s bohemian cradle of culture, art and entertainment. 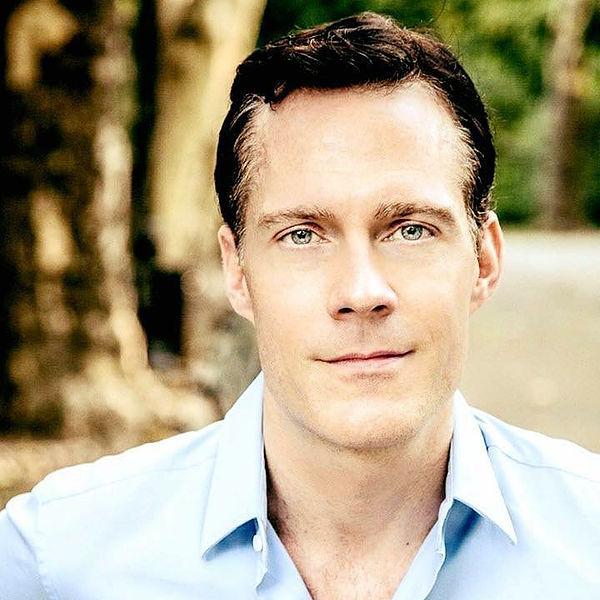 “The play is structured as a mosaic of interconnected vignettes, exploring a different shade of human emotions every night. A boundless experience where the audience can enjoy each night on its own or come back to explore more facets of the Eleanor Rigby universe.

The show was initially inspired by the lyrics of the popular song by The Beatles. Edward Albee famously got his cryptic title for Who’s Afraid of Virginia Woolf? from a bathroom mirror restaurant in the West Village where these words were scrawled. A central character in my play similarly sees the phrase Eleanor Rigby Is Waiting written in lipstick on a bathroom mirror and begins to ruminate about its origin. Is it about loneliness? Is it about hope? And how long, exactly, can you keep a person waiting before they break?

These characters are all searching for some sort of connection, both literally and figuratively. We follow these complex men and women on their collision courses across the NYC with sometimes romantic, sometimes disastrous, but always revelatory results. Some will find connection. And some will find themselves.” 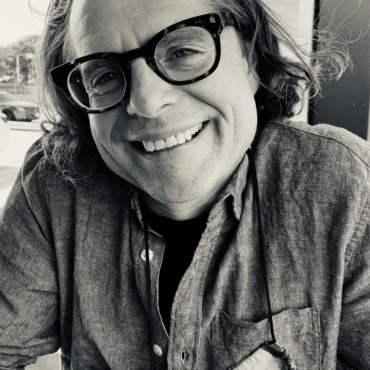 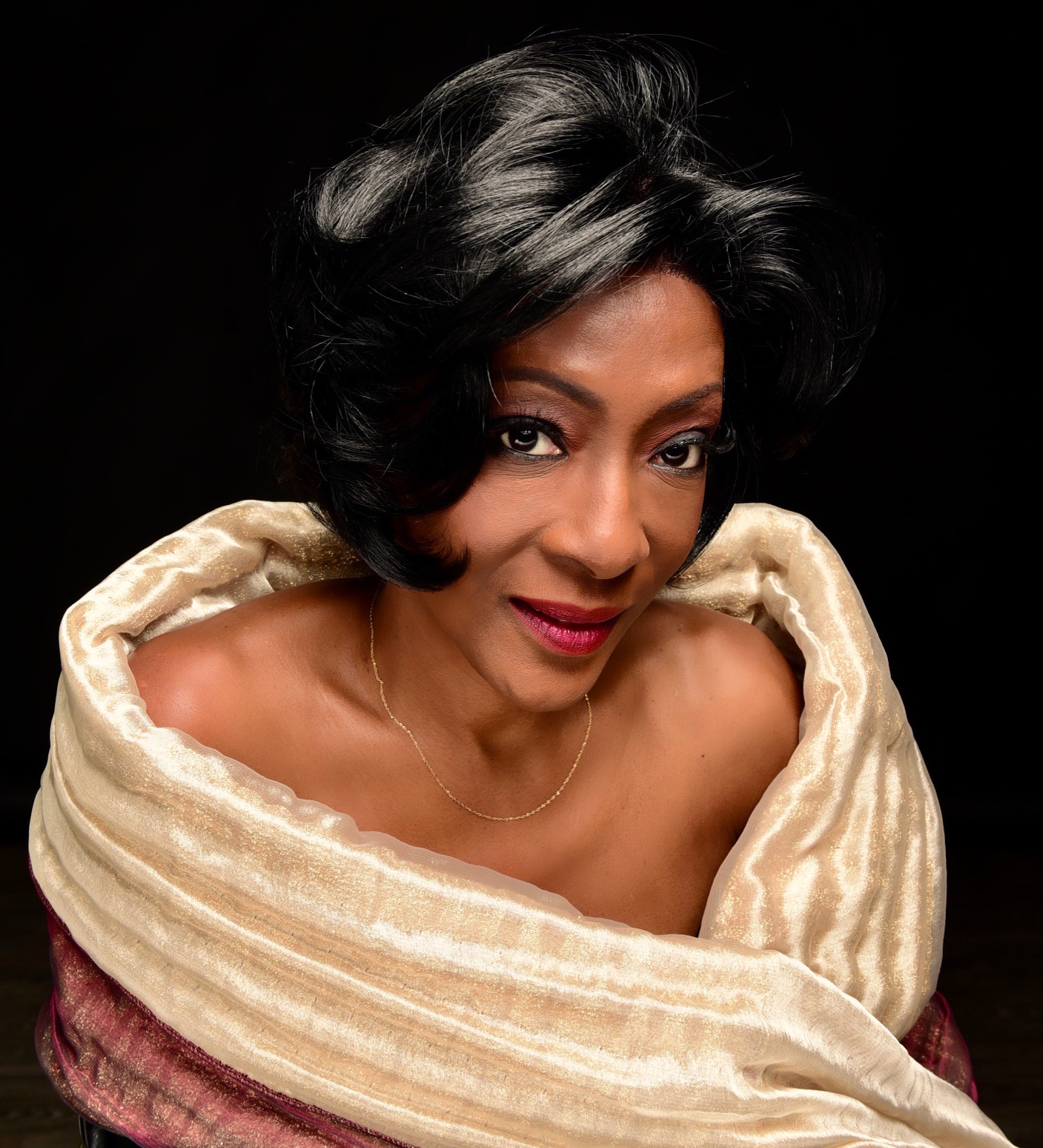 This is Eric Amburg’s sixth collaboration with playwright David James Parr, having directed the premieres of Slap & Tickle in NYC in 2003, Eleanor Rigby Is Waiting for The 2004 New York International Fringe Festival and Mimi at The 44th Parallel for the 2010 Out-of-the-Loop Festival, and co-directed the fringe shows A Most Happy Stella and Express from 59th.  Mr. Amburg previously served as Resident Assistant Director at Hartford Stage Company and afterward held the position of Interim Artistic Director for Hartford Children’s Theatre. Much love and thanks to Nichole, Dash & Blythe.

The alluring music of singer-songwriter Hadiza Dockeray and her band, accompanies the play and the audience pushing us in a suspended state of mind, eliminating the confinements of space and time, promising that “all comes back,” as one of Dockeray’s song recites.

"A soulful vocalist who warmly embraces her audience with intimacy. Hadiza fuses the blues, jazz and classic r&b with evocative lyrics, telling deeply personal stories with a sophisticated sound."

THE CAST OF "ELEANOR"

Elizabeth A. Bell is a San Francisco-born, New York-based actor-singer-VO artist thrilled to be working with this amazing group. In the “During Times” she could be seen on film in “In Defense of Civil Society,” virtually in The Penalogues, and self-tapes galore, as well as audio recordings including “I Saw Myself Running” & “The Gibson Murder”. The “Before Times” included stage productions of Dining with Ploetz (Cindy/Helen), The Fool’s Lear (Goneril), The Emilies (Teresa). Beth in Versailles, Jo Hopper in Hopper’s Ghosts, Gertrude (Hamlet), Helen of Troy (Epic Poetry), Lady Capulet (R & J & Z), Peaches (The Secretaries). Regional/International: Dublin Gay Theatre Festival, Provincetown Playhouse, Nashville Rep, Butterfield 8, Actor’s Bridge Ensemble. Training: BADA (Oxford), John Strasberg (NYC), A.C.T. (San Francisco). www.elizabethabell.com 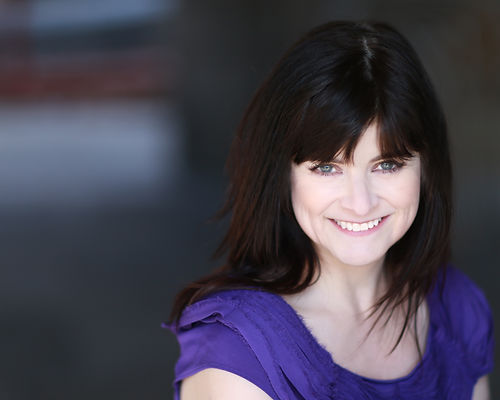 Robert Driemeyer is the content creator of the growing YouTube channel Broadway Barfly where he explores cocktails and pairs them with conversations about Broadway musicals. As an actor he appeared in David Parr's SLAP&TICKLE in New York and Provincetown. He has appeared in over 20 musicals. Some favorite roles include Albin in LA CAGE AUX FOLLES and Bert Berry in 42ND STREET. As a stand-up comic, Robert has appeared at nearly every comedy club in New York City. He was featured on the “Laughing Liberally” lineup, was a regular on the popular, long-running, variety show “The Poole Party” at Don’t Tell Mama, and was a member of Gotham City Improv's main performing company. As a producer he was an Associate Producer of the 2010 Tony Award-winning Broadway revival of LA CAGE AUX FOLLES. Off Broadway he was a lead producer of the critically acclaimed revival of Tennessee Williams’ THE TWO-CHARCTER PLAY starring Amanda Plummer and Brad Dourif, and PARTY FACE starring Hayley Mills, directed by Amanda Bearse. He was also a co-producer of SHEAR MADNESS and FORBIDDEN BROADWAY. 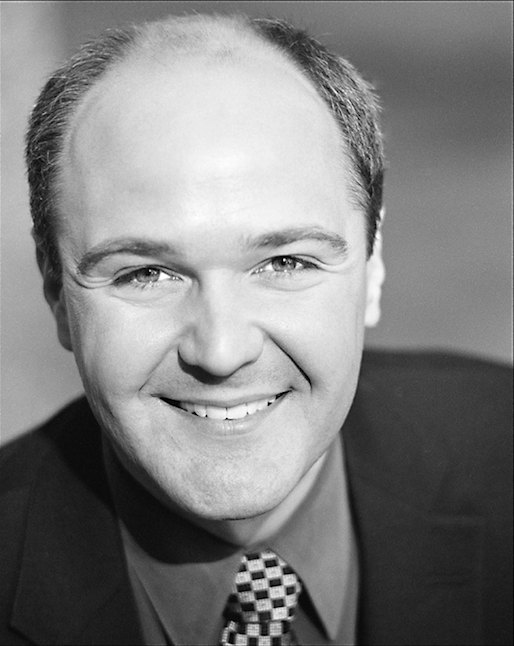 Helen is an actor and teacher, originally from Canada now based in Jersey city. 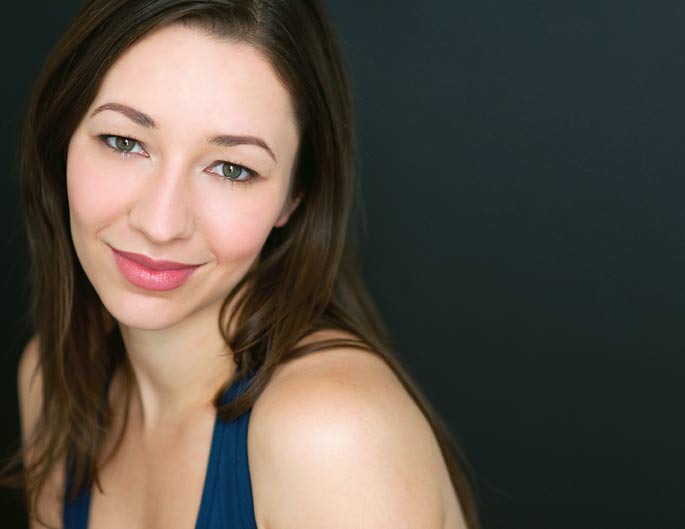 Wyatt Fenner recently finished principal photography on the feature film "Chrissy Judy" from Todd Flaherty and has previously appeared in the films of David Kittredge, Rob Williams, and Duncan Forster. Wyatt plays Luca on the Emmy and 2021 GLAAD Media Award Winning Amazon Digital Series “After Forever”- the third and final season of which will be available to stream later this year, and has guested on “Bones”, “Veronica Mars”, and the final season of “Gotham”. Onstage Wyatt has worked with Terrence McNally, Moisés Kaufman, Michael Kahn, Samuel D. Hunter, Steve Yockey, Darko Tresnjak, Bert V. Royal, and Nicholas Martin, among many others, and is thrilled to be working once again with the incredible David Parr. 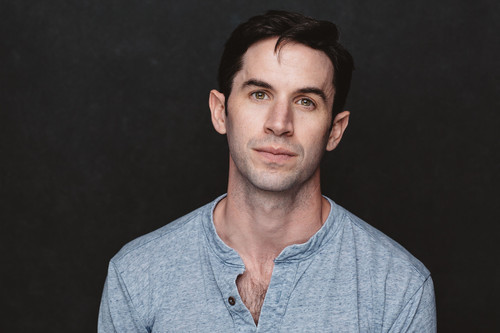 Jamie Johnson (he/him) is a Maryland raised, Brooklyn-based performance artist, technician, and coordinator. He's been an international corporate live events and theatrical professional for a decade. In short; Jamie's practice centers on the subtle joys of curiosity coupled with the power found in sincerity and vulnerability. 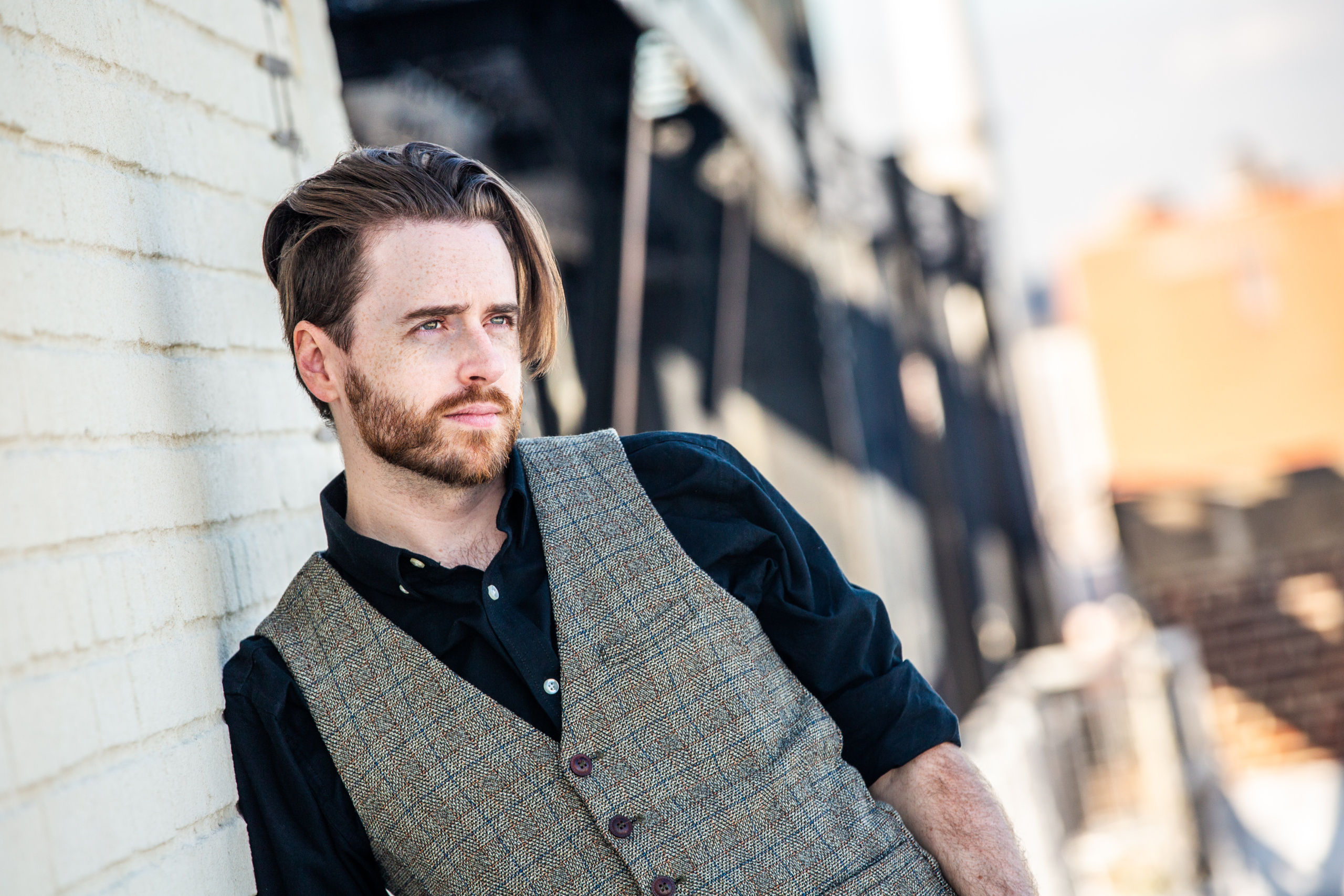 Joe MacDougall is a New York and Provincetown, MA based actor. Favorite stage roles include The Normal Heart, The Maids, Lonely Planet, The Elephant Man, The Lion In Winter, Take Me Out, Caesar and Cleopatra, Small Craft Warnings and Slap and Tickle (by David Parr). Film and TV roles include Pandora’s Box Unleashing Evil, The Breeding, Dear Melissa, Dive Shop, The Cocktail Hour, The Ninth Step, All My Children plus loads of commercials and print. Instagram joe.macdougall.52

Julie McKay has performed off-Broadway and in regional theatres across the country. Over the past nine years, Julie has made a career as an award-winning audiobook narrator recording over 400 titles. As her mid-western mother urged her to have a back-up plan, she is thrilled. Thanks always to David for his trust. Proud member AEA and SAG-AFTRA. BM in Music Theatre, Baldwin-Wallace University.

Shelly is delighted to be reunited with David Parr’s beautiful play, Eleanor Rigby Is Waiting. She played the role of Rose in the film version, and is ready to step into the life of SPRAYED
WOMAN. Shelly has also been a part of the development cast of David Parr’s play, Stranger Interlude. She has also performed in off-Broadway productions throughout New York City, including her own play, June And Nancy, which premiered in the Fringe Festival. Shelly is a proud member of Actor’s Equity Association. 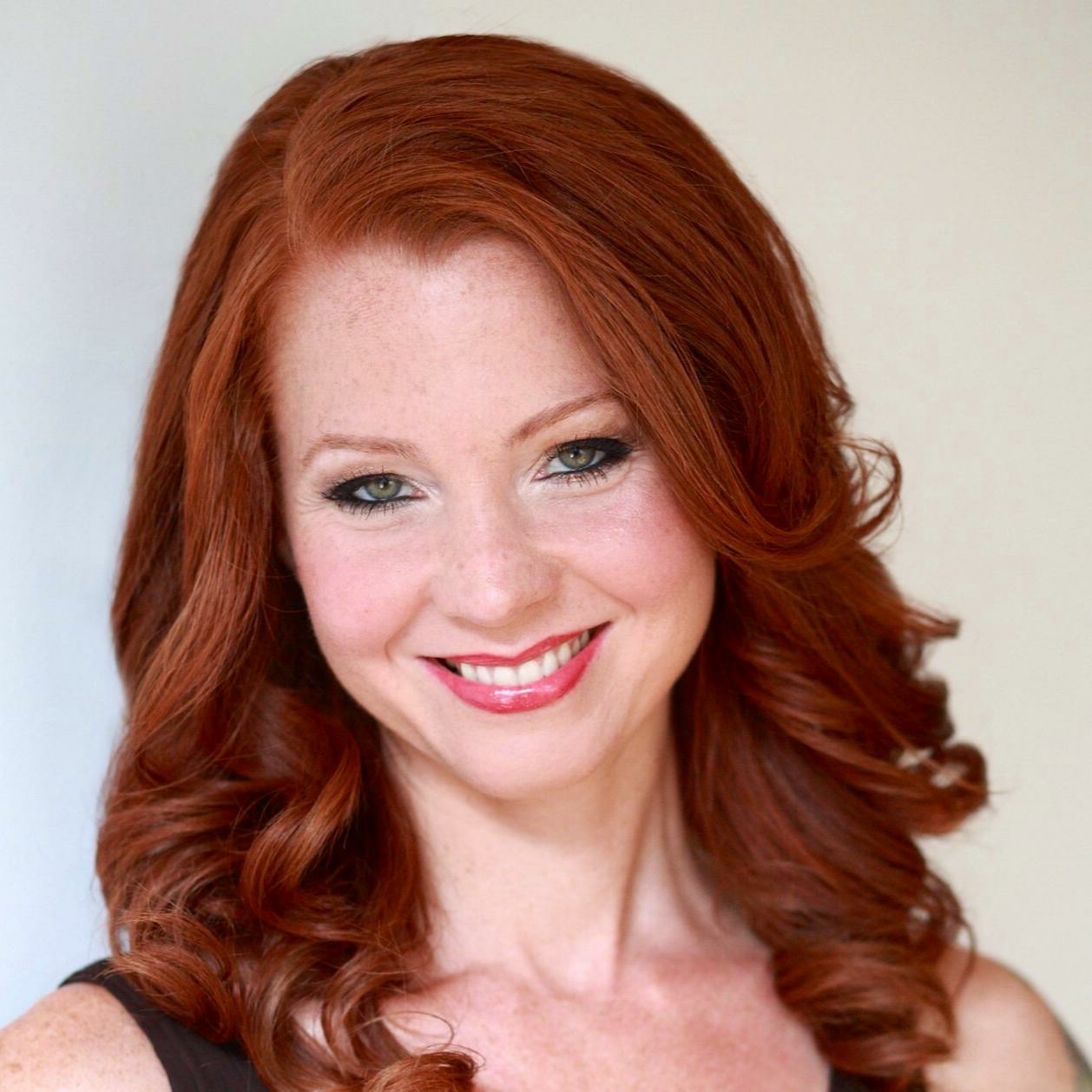 Most recently, Ashley has lent her talents to various online readings with several reputable theatre companies including the League of Professional Theatre Women, The National Women’s Theatre Festival, The Skeleton Rep(resents), and Company of Fools, to name a few. She also starred in the world premiere of the New Ohio Theatre's Journey Around My Bedroom, which received a New York Times’ Critics’ Pick. Ashley also starred in Crystal Skillman's Open to rave reviews. Her film Psychasthenia - which she assistant directed, co-produced, and starred in - won Best Thriller at the Golden State Film Festival during the film's Hollywood premiere. She also co-created and starred in the digital series Well, Ashley... which was a finalist in the NYC Women’s Fund and an Official Selection of the NYC Indie Theatre Film Festival. Ashley received acclaim for her run as Beth March in Hedgepig Ensemble Theatre's Little Women, where she is an Associated Artist. In addition, she is also a well-established director and co-founder of Party Claw Productions, a theatre & film production company specializing in feminist works with fellow NYC artist Laura Kay Clark. @PartyClawProductions

Ashley is a proud member of Actors’ Equity Association and is managed by KPA Talent. @AshleyKristeenVega www.ashleykristeenvega.com 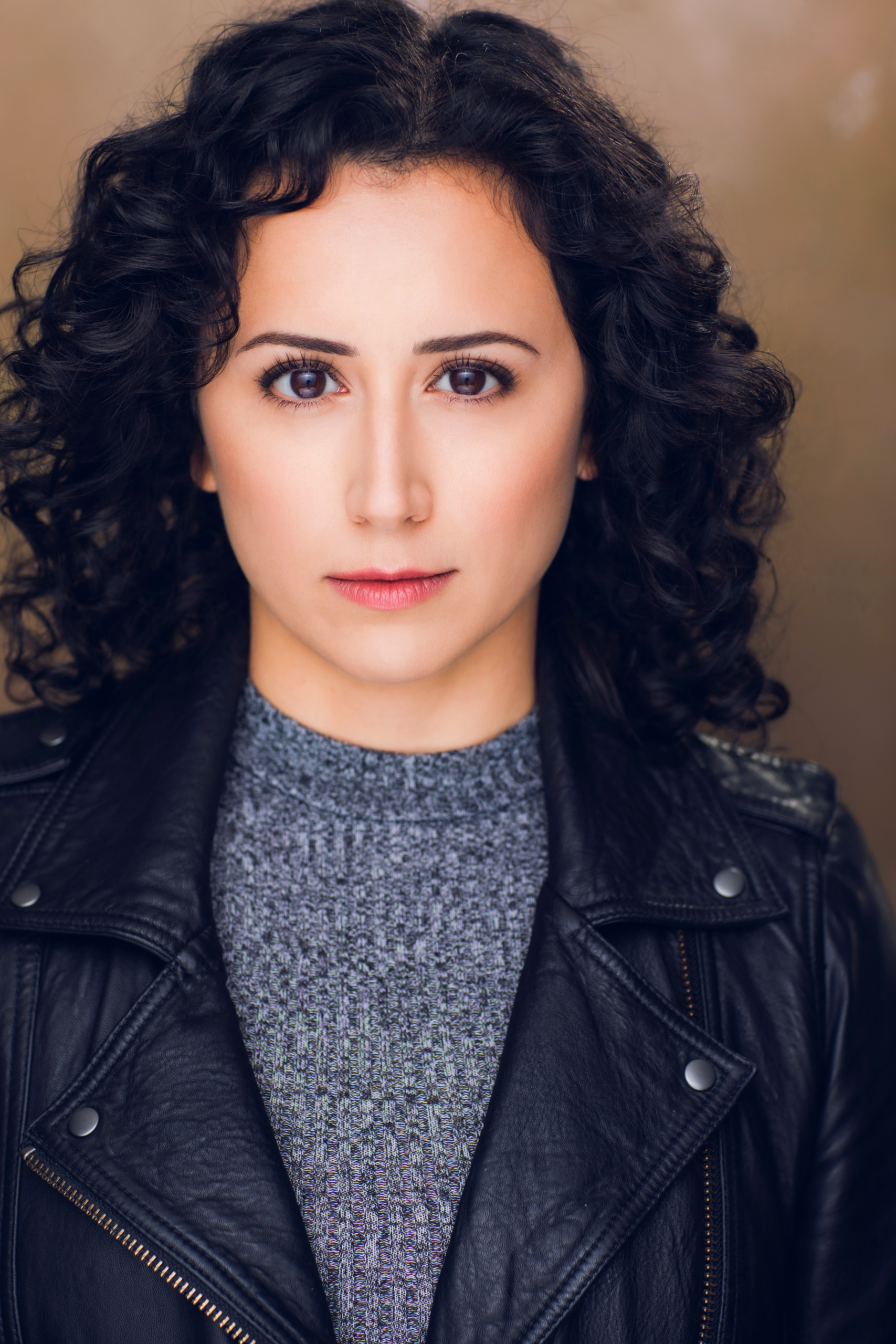